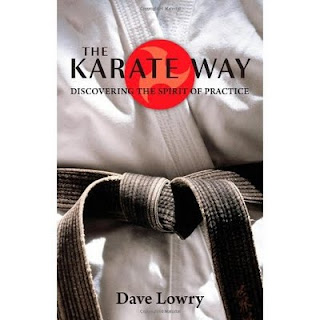 Great Site! I have been exploring your site and it is full of great information on tai chi. Even though I live in the U.S. It is great to see how tai chi has touched other lives.
(Bob)
No comments:

Michael Garofalo has shared his tai chi insights and wisdom on-line information for many years via his blog and his other extensive on-line resources.
He is a very generous man who makes many well-considered points:

The word 'master' varies in meaning as it is used in different cultures and languages.

In the taoist/zen traditions, a 'master' is one who is enlightened, highly respected, venerated, a great contributor to the tradition, especially wise and insightful, and possibly possessing special and extraordinary powers of mind, body or spirit. If you had a relationship with such a 'master' it would often be one of a Guru and disciple, a Father and son, an Authority and learner, or a Superior and inferior ranks relationship. At some point, after many years of study and practice, such a 'master' would make a decision, based upon your abilities and performance and your face to face relationship with the 'master', to grant you authority to teach, or certify your enlightenment, or otherwise acknowledge your advancement into the ranks of a new 'master'. One aspect of the philosophical taoist tradition also tends to downplay the importance of titles, honours, degrees, and rank; and, instead, tries to bring more of a focus on natural living, simple living, committed ongoing inner practice, and having the heart-mind realize the tao as more important than social status. Some of these taoist/zen practices are part of the tai chi chuan teaching style.

As a general rule, tai chi chuan internal martial arts schools do not award degrees, levels, ranks, or belts as do other martial arts systems. Many excellent and experienced (10 years +) tai chi chuan teachers are also very modest, and prefer not to be called 'master'. They may ask to call them 'Sifu' or 'Teacher', or simply refer to them as 'Mr. Surname'.

As for my personal preference, I favour a standardized tai chi chuan curriculum, written, and coordinated with other schools teaching the same style of internal martial arts. I would prefer a clear, written, and standardized system of testing and grading by ranks, levels, or degrees of proven expertise as is found other external martial arts (e.g. aikido, karate, kenpo, judo, taekwondo, etc.). I'd like to see tai chi chuan practitioners wear belts, specialized clothing, sash markers or other symbols to show their proven rank based on passing standardized tests. I prefer to see the curriculum of tai chi chuan structured and orderly, written and published, levelled, and accredited by an outside administrative authority. Yes, I'm more of a Confucian or Legalist rather than taoist on this subject.

I see the situation starting to change somewhat. For example, in the United States, the Yang Family Tai Chi Chuan Association now has a clear curriculum and ranking system. In China, the physical education curriculum at universities and colleges provides for a 'wushu' (martial arts) curriculum and awards degrees accordingly, and does include tai chi chuan in the curriculum. A number of tai chi chuan schools around the world are now developing a specific written curriculum and rank testing. Traditional Chinese medicine, medical qigong, and acupuncture now have accredited programs, standardized curriculum, publications and textbooks, and ranking systems in the United States. I applaud these efforts.

If you can earn a 'Master of Arts or Science Degree' in five years by taking classes and tests at an accredited university, and a Doctorate in 9 years, then you should be able to do the same in tai chi chuan and be called, at some point of proven accomplishment, a 'master'.

The ability to lift heavy weights, run, swim or workout in the gym may well improve your overall fitness level.
But this kind of fitness is not what we want in tai chi training.

A student must learn how to use their body in a very different way. The body needs to become agile, flexible, adaptive, sensitive and strong.

Conventional training will not necessarily improve your tai chi.
Many exercises actually create muscle tension, and tension impedes the natural movement of the muscle itself.

Body building and weight lifting are fashionable activities today. The emphasis is upon developing external muscles which creates an armouring effect that can eventually distort the bony structure. It is the over developed musculature that actually torque's the bones and discourages them from bearing additional weight. The body attempts to compensate and problems arise.

Instructor training for each level is an ongoing process over many months.
It involves:

These teaching concerns are all in addition to your personal development through the syllabus.
Instructor training is free of charge.