Taoism is neither formal religion nor structured philosophy.
(Tao: Sacred Symbols)
No comments:

Our class is like Alexander the Great teaching Dad's Army. Sifu Waller's not even trying. It's unbelievably powerful and looks like nothing. It's beyond impressive.
(Karen)
No comments:

Email ThisBlogThis!Share to TwitterShare to FacebookShare to Pinterest
Labels: feedback, newcastle tai chi, review, sifu waller
Demand much of yourself
and expect little of others.
Thus you will spared
much vexation.

Sifu Waller as an old ronin 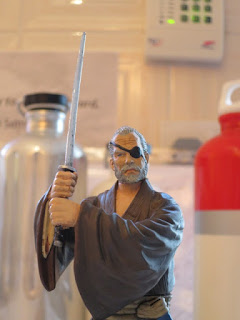 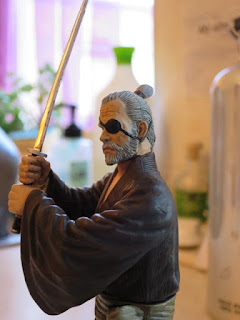 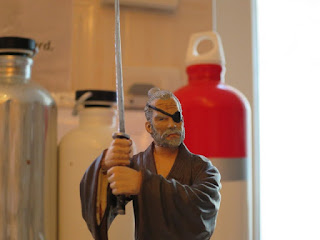 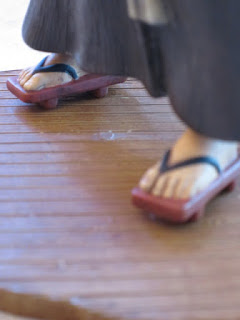 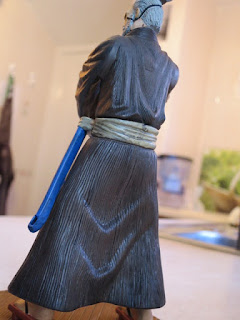 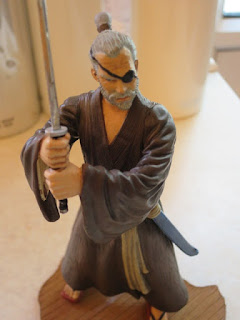 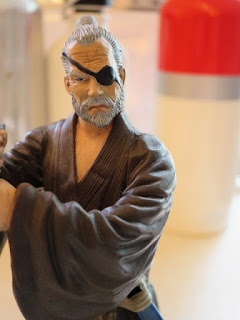 I had a custom figure made by Sillof to celebrate Sifu Waller's 41 years of unbroken martial arts training.My specifications were simple:
The figure arrived today.
I wanted something unique and personal to commemorate Sifu's dedication.

Email ThisBlogThis!Share to TwitterShare to FacebookShare to Pinterest
Labels: newcastle tai chi, ronin, samurai, sifu waller, sillof
It had stopped raining; the roads were clean, and the dust had been washed from the trees. The earth was refreshed, and the frogs were loud in the pond; they were big, and their throats were swollen with pleasure. The grass was sparkling with tiny drops of water, and there was peace in the land after the heavy downpour. The cattle were soaking wet, but during the rain they never took shelter, and now they were contentedly grazing. Some boys were playing in the little stream that the rain had made by the road side; they were naked, and it was good to see their shining bodies and their bright eyes. They were having the time of their life, and how happy they were! Nothing else mattered, and they smiled out of joy as one said something to them, though they didn't understand a word. The sun was coming out and the shadows were deep.

The meditation aspect of tai chi training encompasses a wide variety of different approaches, all designed to cultivate presence:
Every exercise, form movement and partner drill challenges the student to remain here and now.
By bringing the mind to the immediate moment we aim to become unselfconscious - not thinking, not talking, not emoting.
Just being.
No comments:

Those who lack wisdom are convinced that they are truly awake;
they think they understand what is happening;
they think that the king is really the king,
and the servants are really servants.

Meditation plays an important role in research and study:
No comments:

All religions, arts and sciences are branches of the same tree.

All these aspirations are directed toward ennobling man's life, lifting it from the sphere of mere physical existence and leading the individual towards freedom.

In order to awaken your mind you simply need to be here and now. Nowhere else. At any given time, nothing else in the universe matters more than what you are doing right now.The cars outside, the neighbours, the music, the humming of the computer, the smell of food are all part of the moment, and you are nowhere but here.It is all happening at once and you are totally immersed in it.
No comments:

On the red earth in front of the house there were quantities of trumpet-like flowers with golden hearts. They had large, mauve petals and a delicate scent. They would be swept away during the day, but in the darkness of night they covered the red earth. The creeper was strong with serrated leaves which glistened in the morning sun. Some children carelessly trod on the flowers, and a man getting hurriedly into his car never even looked at them. A passer-by picked one, smelt it, and carried it away, to be dropped presently. A woman who must have been a servant came out of the house, picked a flower, and put it in her hair. How beautiful those flowers were, and how quickly they were withering in the sun!

I very much enjoy your sessions - without any false flattery, you have been one of the best instructors I have had for any martial art. Your commitment, patience and dedication to the art and your students is something that I believe many instructors should aspire to. To your credit, Sifu Waller, you have shown me something that has I did not expect to find in taijiquan... a comprehensive fighting system in itself. I wish the rest of the MA community would wake up and see what you see.
(Stuart)
No comments:

Tinkering with your health is amateurish and risky. Looking for a quick fix or a shortcut is foolish.
So why do people do it?
Who knows? There is unlikely to be a rational reason.
No comments:

Is bargain hunting a good approach to adopt when considering health, fitness and good body use?Cut price lessons may sound good.
The danger is that you may be placing your wellbeing in the hands of an amateur.
If you choose badly (or for the wrong reasons) you may be wasting money or even damaging your body.
No comments:

Buying a pair of shoes, a jar of coffee or a loaf of bread is not the same as seeking medical treatment or exercising mindfully.
To make matters worse, people do not always buy clothes that fit (or even suit their body/skin/hair colour).
Health is not shopping.
It should be handled with caution and care...
No comments:

A lot of modern people buy prescription spectacles off the shelf in a supermarket.They essentially self-diagnose.Lacking the expertise of a qualified, licensed medical professional, this seems to be a reckless course of action.
No comments:

Email ThisBlogThis!Share to TwitterShare to FacebookShare to Pinterest
Labels: kung fu, newcastle, newcastle tai chi, qigong, sifu waller, tai chi, taijiquan, taoism
They were chanting in the temple. It was a clean temple of carved stone, massive and indestructible. There were over thirty priests, naked to the waist; their pronunciation of the Sanskrit was precise and distinct, and they knew the meaning of the chant. The depth and sound of the words made those walls and pillars almost tremble, and instinctively the group that was there became silent. The creation, the beginning of the world was being chanted, and how man was brought forth. The people had closed their eyes, and the chant was producing a pleasant disturbance: nostalgic remembrances of their childhood, thoughts of the progress they had made since those youthful days, the strange effect of Sanskrit words, delight in hearing the chant again. Some were repeating the chant to themselves, and their lips were moving. The atmosphere was getting charged with strong emotions, but the priests went on with the chant and the gods remained silent.

This is perhaps the laziest era in recorded history. People are not wanting a challenge. They lack interest, passion, patience and enthusiasm.Rather than work, people just want to be entertained. Like spoiled children...
No comments:

You cannot practice taijiquan with the rational mind. The most difficult thing for beginning students is that they try to make the movements with their minds and they cannot. The movements are too complicated. The flowing of the hands, the correct timing, the bending of the knees, the breathing, the balance; all this cannot be controlled by the mind.

The pianist cannot think of each note as she plays it, it must simply be there. Just leave the body alone. When we do not interfere with it, the body moves with the Tao spontaneously.

When people consider which tai chi class to attend they often treat it like bargain hunting.
They look for free taster sessions or the cheapest class.
This may be fine if you are undertaking a supermarket 'price comparison'. It is not so good for tai chi.
No comments:

Medical research has proven that a small daily commitment to taijiquan practice can produce tremendous results over time.
No comments: