If you think that's tacky, come and have a look around where we live...

One house has that Santa you described, plus Blackpool illuminations, plus new addition - 7 foot mock snow-globe with Santa scene.

That's just one house, I think they're aiming to be seen from space.

(Up My Street)
No comments:

Santa Claus was not always a mythical Hollywood character.

St Nicholas was born in Patara on the southern coast of Turkey. He was raised as a Christian and used his whole inheritance to assist the needy, the sick, and the suffering.

Deviate from the essence and all is lost.
No comments: 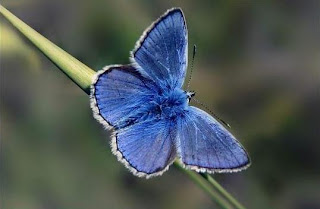 If you are a Christian, give to the poor.

If you are not, why let marketing and commerce bully you into feeling guilty for not buying presents? People are just trying to make money out of you. They want you in debt.
They want you spending more than you can afford. Your greed finances their greed.

If you recall the Charles Dickens story A Christmas Carol you may remember that celebrating Christmas traditionally entailed giving gifts to the poor.
This is seldom the case these days...

There is nothing miserly about rejecting consumerism.
No comments:

All show and no substance

I look at the wedding photos of people I know and the events are so over-the-top. Many of these people are now having marital issues, are in couples therapy, or more sadly... separated/divorced.

When Sifu and I got married my brother looked at the photos and commented that our wedding was "beyond simple". To him, there seemed little point in getting married if you don't put on a big, flamboyant show.

Two of my old friends told Sifu about their so-called simple wedding, but when quizzed, admitted to stag night, hen night, big meal, fancy country hall, evening do and a band.

I think that the problem with modern culture is this need to show-off all the time. When we were married, our only interest was in saying our vows in front of our friends and family. That was the whole point of the event.

18 months later and our marriage remains awesome. We're closer than we imagined possible and have so much fun together.
No comments:

Sifu keeps discovering pages on his website that he can't remember writing...
No comments:

Do not get caught up in the sickening sentimentality of carol singing and Christmas decorations.
Give.
Go to the Salvation Army over Christmas or donate money to the thousands of charities out there.

Take nothing for yourself. Ask for nothing. Make it a season of giving. A time for caring.
No comments:

Sifu with a staff

When Sifu has a staff in his hand he moves as though the weapon were an extension of his body; like an arm or a leg.
Many of his movements are so fluid and fast that I cannot catch them on video.
No comments:

Modern living leads to most people accumulating unwanted tightness in their muscles. This limits their range of movement.
Common causes:

Tao yin exercises are an excellent way to free the body and mind from tension.
No comments:

Martial arts lessons are not cheap.

Usually you should expect to pay for some (or all) of these items:
Many classes expect new students to buy a uniform within a month of starting a class.
The new starter is also asked to pay annual membership, insurance and commit to a monthly standing order.
No comments:

Have a lovely Christmas this year! 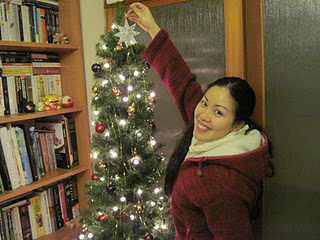 If you are not a Christian, what exactly are you celebrating over Christmas?
Why are you wrapping up all those presents, sitting through family meals and over-indulging?
For what? In aid of what? Tradition? For the sake of it? Why? It is far less expensive not to bother.

If you are having Christmas in order to over-eat, get drunk and indulge yourself, what does that say about your character?
No comments: 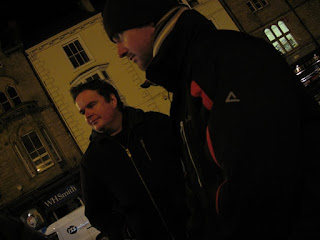 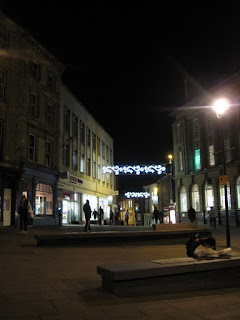 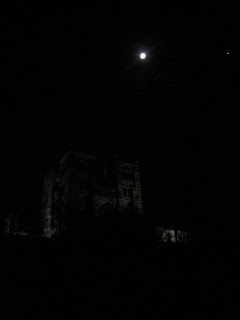 If you are studying an internal art, then you are not the average member of the public.You have chosen to learn one of the more challenging martial arts.This is not what most people do with their time.Your curiosity had led you on a journey that is not for everyone.It requires a steady commitment, patience, enthusiasm, money and time.In order to make progress you will have to make choices, face doubts and be criticised by your peers.
No comments:

Instead of travelling to China or Japan, why not look at your own life?
Find significance and meaning in your everyday activities.

Do not be satisfied with being a tourist. Ignore the kitsch and the reproductions. Seek what was once sought.
No comments:

Live as though there were a fire raging in your hair...

My husband exemplifies this quote. He does not rush, dither or cram his life with ceaseless activity, but his days are meaningful and complete. He works, he rests. He spends his time doing things that he deems important. It is a mindful life, of contemplation, study, awareness and consideration.

One of his books admonishes: Talk alone is not enough. The path to tao means sweating white beads.

This is what my husband is like. He squeezes every drop out of life.

When student come to class: frazzled, harried, tense, confused... my husband does what he can for them. But there is not much he can do. He watches certain students become increasingly haggard and drawn; victims of their own lifestyle choices. You can see that Sifu wants to help, to advise, but usually doesn't. People only hear what they want to hear.

We must find the path for ourselves.
No comments:

How many people learn an internal art?


The internal arts are the hardest of the martial arts to learn. They involve a lot more patience and take longer to yield their results.A would-be martial artist could learn judo or wing chun far easier than they could learn baguazhang.
No comments:

Imagine refusing to buy anyone a present or even a card?

Say no to the greed, to the commercialism, to the blind conformity of it all...

How much money have you just saved?

Now give it all away.
Consider donating the money to charity.
Or go out on Christmas morning and help to feed the homeless.
Or knock on the doors of lonely old people in your community - give them food and some of your time and attention.

Help the poor, the forgotten, the lost, the lonely, the needy...