You may know two hundred different martial arts but what is the quality of your movements? It's still just movement, it doesn't matter how many forms you know.People with wisdom will use a tool properly, but a person with lower knowledge will recognise only one function of the tool. In the same manner, internal martial arts can be used for many functions because you use the same tool. This training method is only one tool, but it has many different uses. You need to use one form for practice and include everything in it - mind, structure, movement and qi. If you can easily do all of these within each motion, that is the internal martial arts. 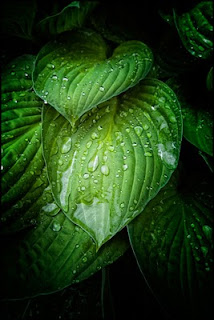 Which qualities are associated with external training?

Why are these undesirable?
No comments:

I very much enjoy your sessions - without any false flattery, you have been one of the best teachers I have had for any martial art. Your commitment, patience and dedication to the art and your students is something that I believe many teachers should aspire to. I won't pretend that all of it made sense (after all, you often told us that it shouldn't at our stage!), but I have taken some vital lessons about martial arts, tai chi and humility away with me...To your credit Sifu Waller, you have shown me something that has I did not expect to find in tai chi... a comprehensive fighting system in itself. I wish the rest of the MA community would wake up and see what you see.
(Stuart Sadler)
No comments:

Why do tai chi people tuck the chin-in?

It restricts the natural mobility of the spine and tilts the pelvis unnecessarily. There is also tension behind the neck and restriction in the throat.

The neck should be relaxed. The head free to move forwards and up. This generates a 'suspended from above' feeling.
No comments:

We aim to build up the vocabulary of tai chi patiently, and deflect questions that require background knowledge in order to comprehend the answer.

The answer will come, and it will make sense. But you need to know what 'transport' means first.
No comments:

I'm thoroughly enjoying the training; it is on a completely different level to anything I've done previously.
(Simon)
No comments:

What is the drawback of cross-training another martial art whilst studying tai chi?
No comments:

I recently read in The Little Zen Companion a quote that I liked:
"Every exit is an entry somewhere else."
Our Sifu has a syllabus that contains countless exits that always turn out to be an entry to somewhere else. Even though it is usually difficult to pass through a particular barrier we at Newcastle are fortunate in having a teacher who can teach and has the patience to help us over the obstacles we come up against.
Before I came to Sifu Waller three years ago I had spent six years at four different classes trying to learn tai chi. None of them had a syllabus of any kind. Most were offering tuition of the simplified 24 step Yang style tai chi, with no self defence and no regard for the health of knees or back. The classes were for one hour only and cost about the same as ours.
(John Bell)
No comments:

Since 1983 it has been habit to get up and train between 6:00 - 8:00 approx every morning. Sometimes the training has started sooner or lasted longer, but the habit remains. It is an excellent way to start the day.

It was yoga initially, along with judo and karate. Then later, it became tai chi - ideally performed outdoors.

Nothing is forced. You just wander through material at leisure, covering what needs to be done. Never rushing or performing by rote.

No matter how you feel in the morning, the training wakes you up. If you follow it with a cool shower and breakfast, you feel balanced and calm.
No comments:

I've been in attendance of Sifu Waller's school for over 3 years now and from day one I felt it was a good place to be, warm and welcoming but most importantly for me I found it incredibly inspiring and constantly challenging. The way in which the subject material is taught I believe is second to none, incredible attention to detail with friendliness and a patience to really help you along the way. The self defence material taught is quite simply devastating, but the most important thing for me is the manner in which you are taught to apply it, with extreme care and restraint. The refinement of character is priceless.
(Paul Booth)
No comments:

The thing with workshops is to earnestly consider what £25 (or whatever) is going to buy you. Is a tai chi master honestly going to show a total stranger everything he has?

Most teachers don't reveal anything quickly - partly out of secrecy - but mainly because the material would be meaningless without the prerequisite foundation training and understanding. There are no shortcuts.

Embrace others as part of yourself. Treat every family as your family. See all communities as your community. Think of all nations as your nation. Know that your world is everyone's world. Why do I see things this way? Because this is the way things are.

Fitness instructors offer the promise of a great body and typically use their own physique as evidence that the system works.

Read the biography carefully. Many of these people are gymnasts, ballerinas, or have a long-term background in yoga. They may be genetically predisposed towards a lean physique.

How many of them had great bodies to start with? What proof do you have that their body is the result of the offered system?

Apply these questions to exercise classes too.
No comments:

There is growing scientific evidence that the brain can be kept healthy and functioning as we grow older.

Challenging existing modes of thought, dropping long-held opinions and learning new skills causes the body to grow new brain tissue to cope with the demands of change.
No comments:

All movements are motivated by mind, not external form. If there is up, there is down; when advancing, have regard for withdrawing; when striking left, pay attention to the right. If the mind wants to move upward, it must simultaneously have intent downward.
(Chang San-feng)
No comments:

The tao of banking?

Banks and building societies are perhaps secret enclaves of tao.

The staff drift through the day in an almost drug-like stupor of dreamy indifference. They smile at everyone and count your money in slow motion, unbothered by the large queue.

There is no suggestion of speed as they add your notes to bundles secured with an elastic band, then jot a new total on the top-most note. It saves on re-counting at closing-time, and they are quite happy to keep you waiting as they perform this ritual repeatedly. It is a form of exhibitionism, a sign of their absolute freedom from concern.

Blithe, bland and smartly presented, it is a world of superficiality, of impersonal calm.
No comments:

We were near the lighthouse looking in the rock pools for crabs. There were a few really tiny hermit crabs that could only be seen once you had slowed down completely and let your mind settle.

Then there was a much larger crab. It emerged from behind a huge rock and very slowly edged from alcove to alcove, remaining in the shadows. The crab appeared to be heading directly towards our position.

Minutes passed and the crab continued to approach. Any doubts as to its intentions were set aside when the crab came to a stop in front of us and lifted its face out of the water.

The entire incident was downright surreal.
No comments:

Refining the training, adding flesh (and everything else) to the skeleton may take a whole lifetime.

If your school is only concerned with the choreography, it is remiss.
No comments:

For the last six months a couple have been trying to discipline their puppy 'Hadrian'.
He is not allowed to play very much.
Instead he is taught to respond to a whistle, run from one person to the next and is constantly being bribed with food. He must be obedient.

When Hadrian sees you on the beach he makes his bid for freedom. He runs headlong away from his owners, eyes wide, drooling, tail wagging.

Hadrian then leaps around you, wanting to play fight, to chew, to be roughed-up.

The owners are not happy about this. The man peevishly remarked, "He loves you..."

Yet, Hadrian is a puppy. Playing is what puppies do. It is in his nature to be like this. The harder they try to change him, the more desperate Hadrian is to run off and play.
No comments: