We are not medical professionals

Qigong and tai chi teachers are not medical professionals.Tai chi for health was not designed to be a treatment.It was intended to improve overall health and wellbeing.Many people have sought out our tuition in order to address specific medical concerns, but we cannot ethically claim expertise in medical matters.Nor can we commit one-to-one time within a lesson for individual medical guidance.

I've been trying to get this point over for years. It's mainly prevalent in the qigong world. We're not doctors. If students train regularly then they may gain health benefits but we can't pretend we can cure them! So many times I've seen last-gap causes who are often very over-weight and have done no exercise who have been referred to by doctors. The reality is that we can offer assistance for those who are prepared to train but most doctors have little idea of what is actually happening in a tai chi class and, then again, there is such a variety of aspects taught in the many differing classes available.

Tai chi is often referred to as 'moving meditation'.
The calm movements relax the nervous system, quieten the mind and settle the emotions.
However, doing form does not necessarily mean that you are meditating.
It means that you are practicing a method designed to encourage meditation.
No comments: 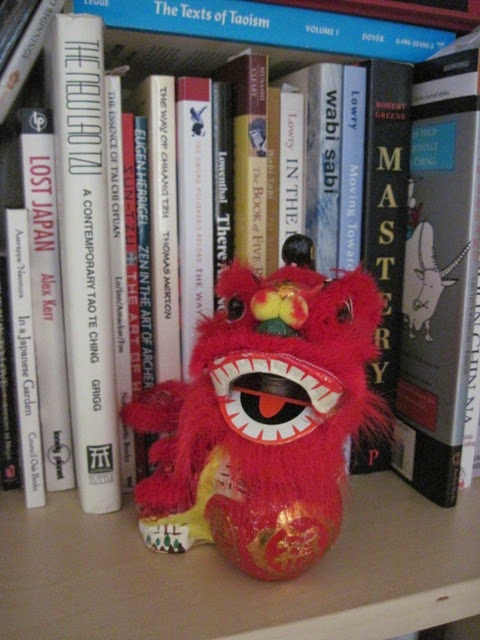 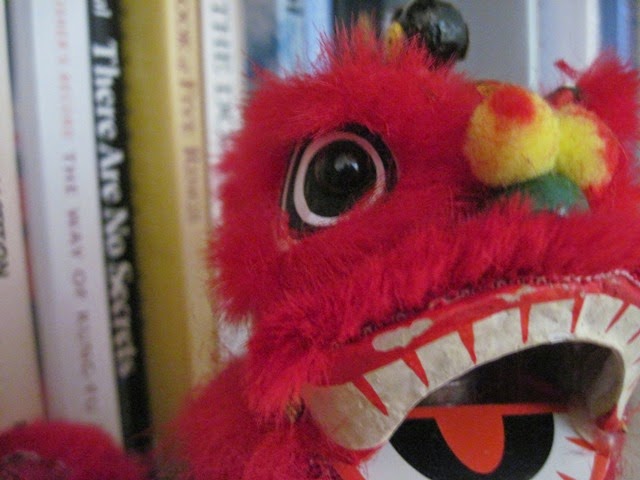 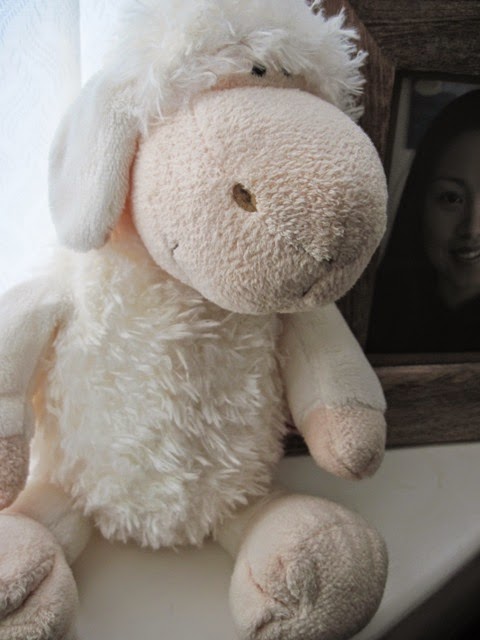 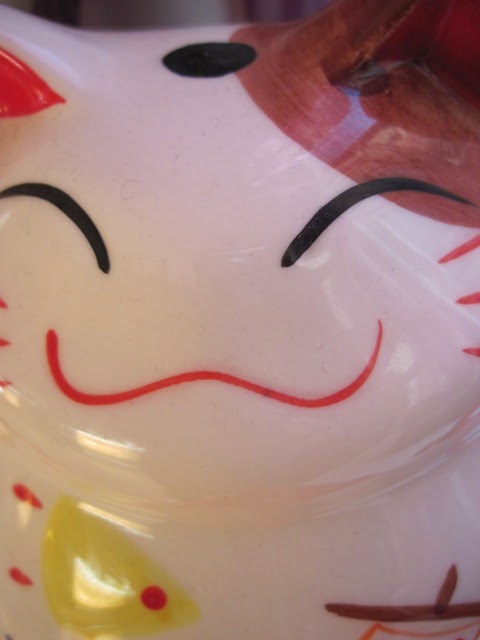 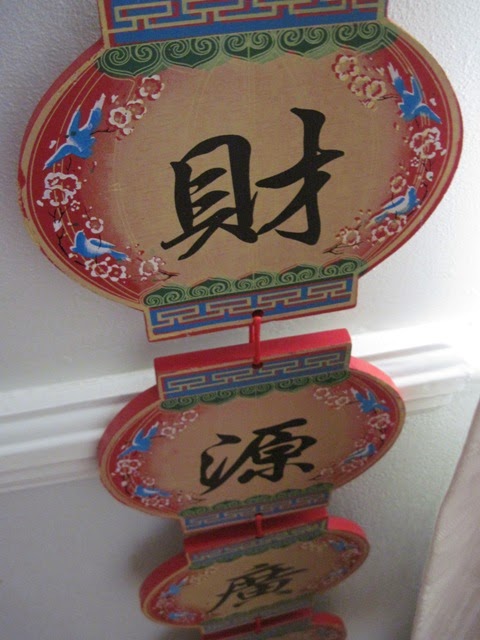 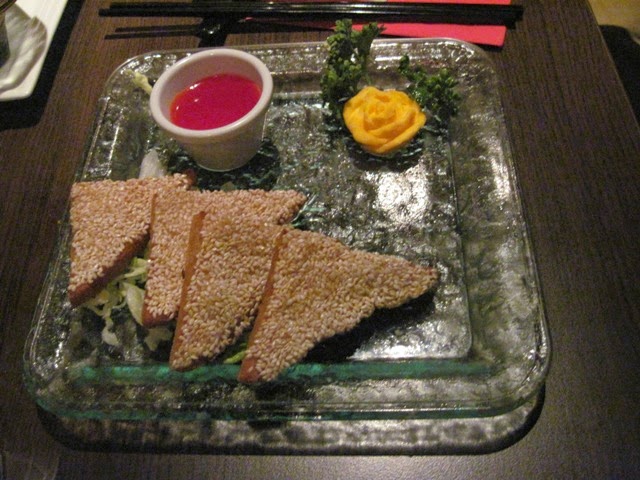 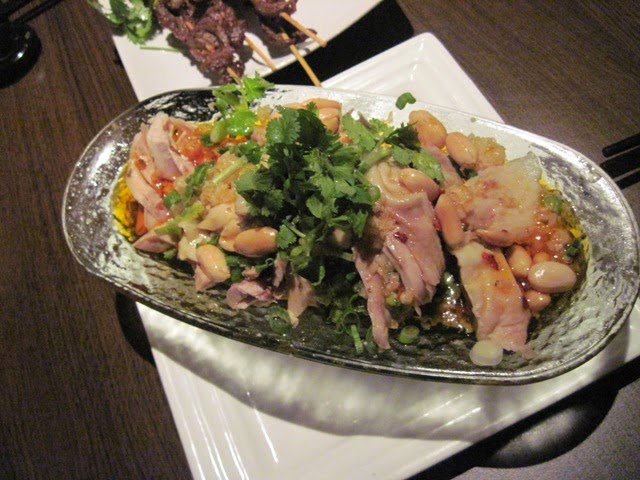 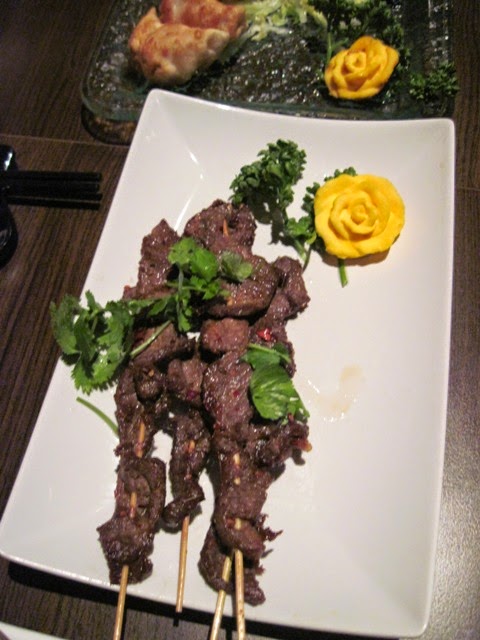 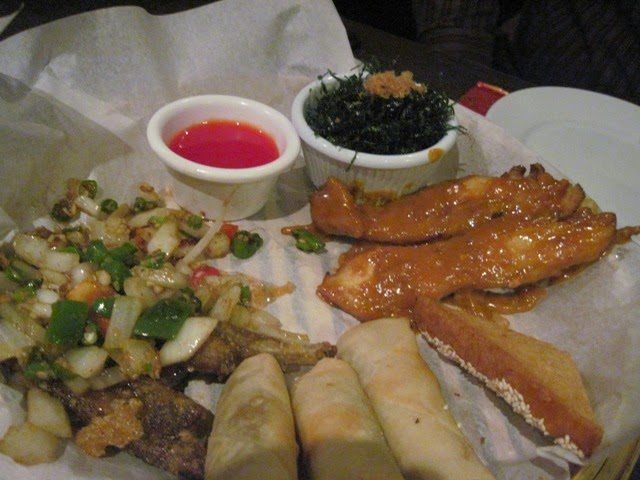 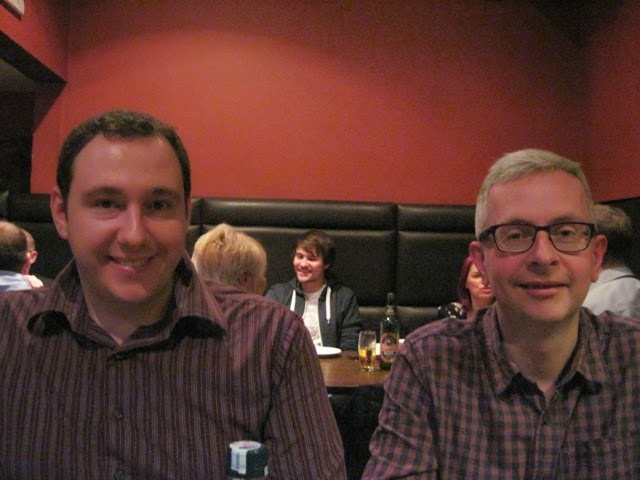 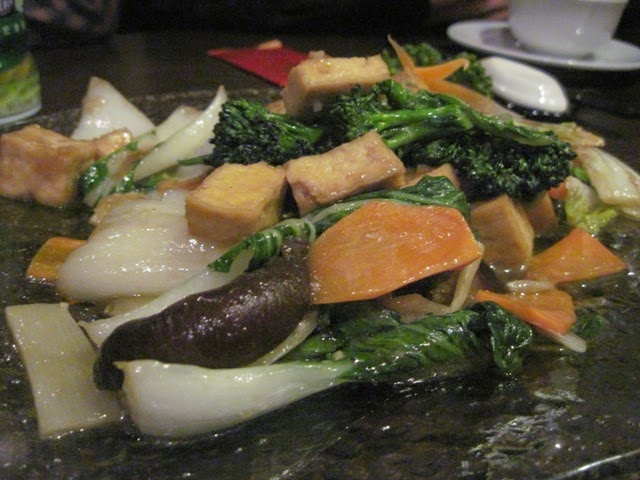 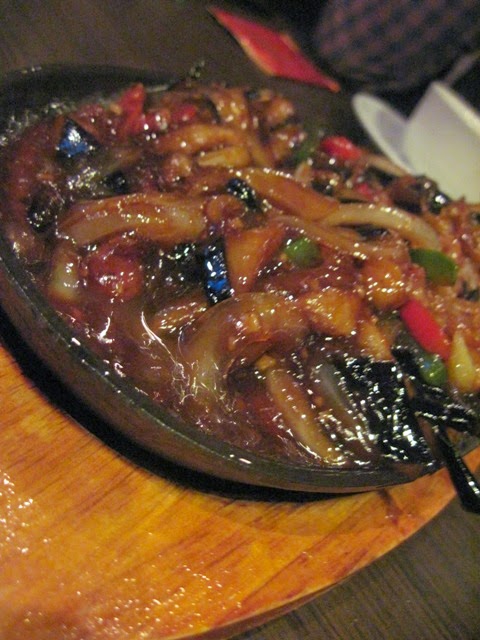 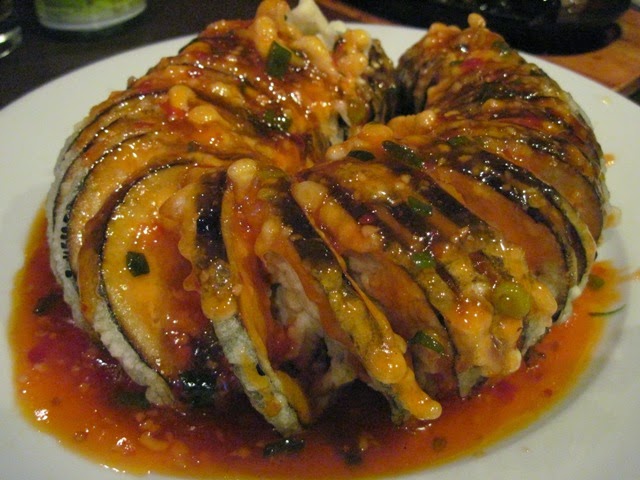 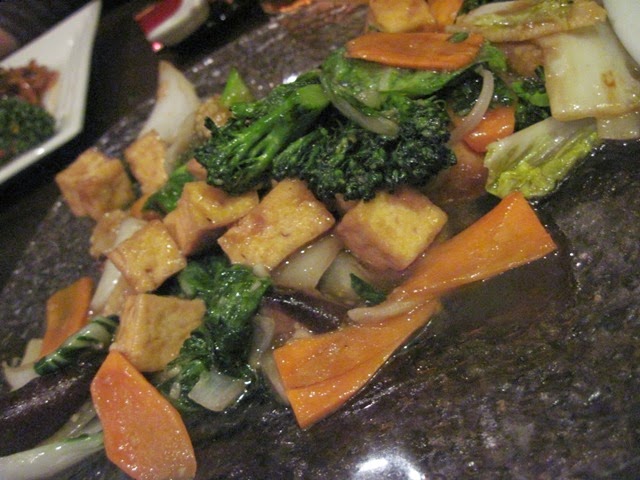 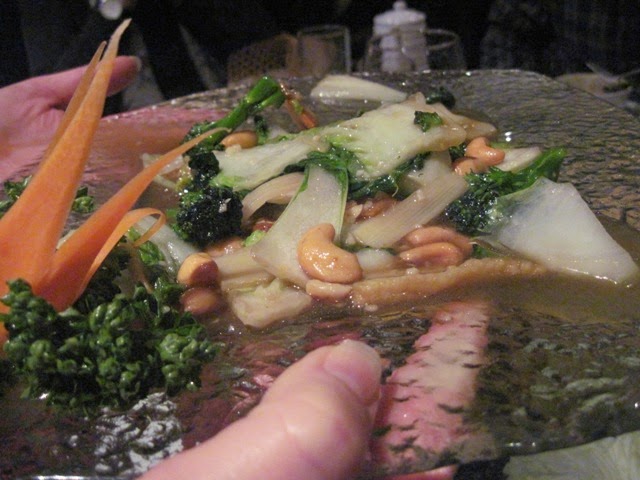 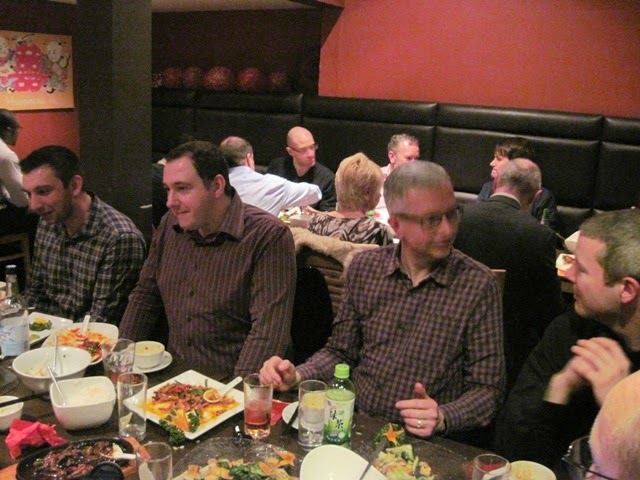 The Essence of Tai Chi Chuan - The Literary Tradition by Lo et al
The Harvard Medical School Guide to Tai Chi by Peter Wayne
The Tai Chi Book by Robert Chuckrow
No comments:

Back to Beginnings by Huanchu DaorenCommentaries on Living Volumes 2 & 3 by Krishnamurti The Little Zen Companion by David SchillerThe New Lao Tzu by Ray GriggThe Prophet by Kahlil GibranSword and Brush by Dave LowryWabi-Sabi: For Artists, Designers, Poets and Philosophers by Leonard KorenThe Way of Chuang Tzu by Thomas MertonZen in the Art of Archery by Eugen Herrigel Zen O'clock by Scott Shaw
No comments:

I have wiped 2 of my websites from the web.

In the process of converting neijiaquan.co.uk into a book.Easier said than done…
No comments:

How to Win Friends and Influence People by Dale CarnegieThe Road Less Travelled by M Scott Peck The Way to Love by Anthony De MelloWho Moved My Cheese? by Spencer JohnsonYour Erroneous Zones: Escape negative thinking and take control of your life by Dr. Wayne W. Dyer
No comments:

Tai chi does not encourage students to practice sitting meditation.
The human body is mobile and dynamic, not static.
Sitting in a posture - without moving - for long periods of time is incongruent with tai chi.
It is bad for circulation and promotes physical tension in the body.
No comments:

The life of a martial artist is simple:
Somewhere along the line the training begins to affect your life.
You become calmer and more balanced.
You stop being so afraid.
You move systematically through the syllabus.
The student stops blaming other people for the problems in their life.
They take responsibility.
They mature.
They find balance.
No comments:

IT WAS A beautiful evening. The sun was setting behind huge, black clouds, and against them stood a clump of tall, slender palms. The river had become golden, and the distant hills were aglow with the setting sun. There was thunder, but towards the mountains the sky was clear and blue. The cattle were coming back from pasture, and a little boy was driving them home. He couldn't have been more than ten or twelve, and though he had spent the whole day by himself, he was singing away and occasionally flicking the cattle that wandered off or were too slow. He smiled, and his dark face lit up. Stopping out of curiosity, and distantly eager, he began to ask questions. He was a village boy and would have no education; he would never be able to read and write, but he already knew what it was to be alone with himself. He did not know that he was alone; it probably never even occurred to him, nor was he depressed by it. He was just alone and contented. He was not contented with something, he was just contented. To be contented with something is to be discontented. To seek contentment through relationship is to be in fear. Contentment that depends on relationship is only gratification. Contentment is a state of non-dependency. Dependency always brings conflict and opposition. There must be freedom to be content. Freedom is and must always be at the beginning; it is not an end, a goal to be achieved. One can never be free in the future. Future freedom has no reality, it is only an idea. Reality is what is; and passive awareness of what is is contentment.
No comments:

Email ThisBlogThis!Share to TwitterShare to FacebookShare to Pinterest
Labels: krishnamurti

Is tai chi easy to learn?

Learning involves shedding familiar, comfortable habits (unlearning) and acquiring new skills.
This is the essence of change.
People are innately slow to make changes to their lives.
It is easier not to.

Qigong is fairly easy to learn but not easy to practice in an advanced way.
Considerable stamina is required.

Tai chi for health can be as simplistic or as complex as the student desires.
A crude sense of tai chi may be gained quickly but the refined art is the product of far longer study.
Taijiquan (the martial art) is another matter altogether.
It is not easy to learn.
Compared to other martial arts, taijiquan is rather advanced.
The methodology, physical skills, sensitivity, awareness, biomechanical application and martial abilities are exceptionally in-depth.

A good tai chi class will have a tried and tested syllabus in place.
By systematically learning one skill at a time, the student gradually accrues information, gains physical awareness and increases the range and scope of their understanding.
But this does not happen overnight.
There is a considerable amount of information to learn. It must be revised, refined, honed and practiced thoroughly.

A good teacher offers the student an opportunity to work through the defined curriculum at their own pace.
They provide assistance (and occasionally obstacles) in order to foster growth and continual development.

The real deciding factor when it comes to learning is the individual student.
Their attitudes, their willingness to commit to practice and study.
How receptive they are.

Knowledge, skill, understanding and experience are the products of time, practice and perseverance.
No comments: